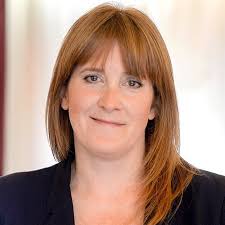 Yvonne Green then went on to update the meeting with the current position with regard to the Staff Review.  Members have now been contacted if they have been accepted for voluntary redundancy whilst redeployment is continuing. There has also been notification of 59 compulsory redundancies with 22 UNISON members affected. Current pension changes may have impact on those taking voluntary redundancy. The settlement payment of £400,00 to Jo Negrini, the CEO, was mentioned. Also commented on by Yvonne was the consultant recently brought in on £800 a day to replace Rob Henderson, Head of Children’s services.

Members had the opportunity to share their concerns and views regarding the staff review with Sarah Jones, MP:

The member has been given compulsory redundancy. Their job functions still exist so why were they selected? What roles are being made redundant and who will be doing their job when they are gone as it involved activities that need to be completed on a daily basis?

The member said the council said to staff they could come up with ideas to save money but weren’t given the full picture across all the departments. They said the criteria for selection and rationale were not clear. Leadership/management didn’t know what roles they were deleting and who would take over the functions of those roles.

They raised a question regarding impact of losing contractors as opposed to losing staff. Local councillors have not responded to them. They were also concerned that the Central Government are not supporting councils but have paid out to private companies for furlough.

The member has been working for the council for 18 years. They had been included in the Staff review but they have now been redeployed. They said the council encouraged staff to make comments about the service, so staff put in a case but the whole of Gateway was still deleted with the loss of 21 staff despite them saving the council millions of pounds. They felt that the redeployment and interview process was not fair with issues around confidentiality and favouritism. The member felt the panel knew which jobs they wanted to keep and the process was corrupt and dishonest. There were 3 permanent positions redeployed and a number were offered fixed term contracts till March 2021.

They were in the Staff review and has been given compulsory redundancy. They have worked for the council for 9 1/2 years. They are currently the only one in the team doing training, they asked who would be doing this in future but managers were not clear who would be doing what in the future. Originally 3 people in section but has been reduced to 1 person. The dept has just employed someone to support functions which will be completed in new directorate. The member covers Early help, other people are doing similar jobs but the member can’t go for them. Mention was also given to the Children’s social workers that were recruited from South Africa while making cuts to Adult Social Workers. Three new posts were created when the council must have known that cuts were in site. They also felt that Croydon Council had not learnt from past mistakes. The member felt there was a lack of values at leadership level. There was no consideration of the impact of the cuts on the local community.   Staff didn’t feel respected.

Included in Staff review. They had worked in council services for 29 years and at Croydon for 10 years. They stated that Croydon were leaders in telecare services and were head of the 32 London Boroughs. The service keeps people save in their homes and saves the council 10’s of thousands of pounds. The member was concerned that an experienced colleague was leaving that day as they had been told by the council that they were not needed anymore and another borough had already offered them a job. The member had concerns there was wastage of money in running council services. Ideas were encouraged by staff but they were not considered by management. Poor management decisions by Adult Services along with financial mismanagement.

Social workers who were at risk were sent letters with 4 outcomes and were told to follow a link to see which one related to them. This was a complicated procedure with some social workers unsure if still at risk or not as the link didn’t work. Better communications needed by HR. No need for redundancy in Adult Social care. Staff had been told they could apply for jobs even on the last day and then told they couldn’t.

On staff Review still at risk – one of 5 yet to be redeployed. Tony Newman had previously said on the BBC, that no front-line staff posts would be deleted but he had blatantly lied.   People on secondment are still in roles. Claims corrupt and unfair process in HR. Two team members have their last day on 25th October, next round of available jobs are due out by the 19th October. However, staff can’t apply for any jobs by last day if not redeployed.

They are a manager in the Homelessness service. They were pushed to take on role of triage manager before staff review was announced. They managed to keep post after he complained. He was told by HR to stop doing “fluffy stuff” in our jobs and they were flabbergasted by this comment. The process – one staff member has been there 3 years on a fixed term contract which ends 30/10/20 so should have rights for redeployment.  There is a lack of understanding between senior leadership and staff on the ground. Directors are competitive against each other as to who can save the most money. Budgets need to be much more creative Housing Needs Officers have changed their views about how the service is run but not made better use of resources.

Another member said the section was dealing with families whose children have been stabbed, other families with no food – the comments made about “fluffy stuff” were unacceptable. They also said there was no consideration of staff, the timing of the review and effects of COVID19. There was no compassion shown to staff. Staff were being made redundant who had previously been helping out in cemeteries and the registrar’s office since the start COVID19 and this is the thanks they got. The whole process was unfair, paperwork was late and feel they have been hung out to dry.

On Staff review but the member is staying. They work in grounds maintenance including grass and shrub cutting.  Why were waste and tree & woodlands not targeted as well? They have no support from manager and no feedback from head of service. There were no welfare or health checks considered during the staff review. There will be a 25 % reduction in service. In July and August, the section took in 1,200 complaints by the public. In November when there will be 2 teams down what impact will this have on the service. Their machines are 5 -6 years old. The 4-6 weeks grass cuts will be reduced to 8-10 weeks after the review. What are they supposed to tell residents? They don’t know any other council with the level of cuts being made by Croydon. In response to the members comments Sarah Jones says she gets lots of emails about council services including grass and general maintenance complaints.

During the meeting members also had the opportunity to leave comments in the notes section:

Another member added that this also applied to trainers with questionable rates of pay. They also stated earlier in the meeting that the council never learn from their mistakes.

One of their many concerns (which totally angers them too) is offers of employment were made based on whether an employee had already secured a post ie the decision on what job to accept or not was taken away from them. For example:  they were offered a post minutes before joining a further interview. Along with that offer, they were told that they had not secured another post in another service. Why was that team able to access information on what they had been offered? The member seriously felt confidential information was ‘leaked’ which took away people’s ability to make their own choices on what offers to accept.  This was NOT isolated to their experiences of the interview process either.

At the end of the meeting Sarah Jones said she would report back to Katherine Kerswell, the new CEO of Croydon Council. She mentioned that she regularly writes to the council on issues raised by residents including Gateway and homelessness. She said she would be happy to meet members again if members felt it would be helpful.

Before closing the meeting at 3pm, Yvonne mentioned the continued use of consultants, some on £1,000 a day, that had been going on for over 8 years. Prior to COVID19 the council were due to have cuts and should have been better prepared. Earlier in the meeting she had referred to the MHCLG (Ministry of Housing, Communities and Local Government) and was waiting for feedback from them. She thanked Sarah for attending the meeting and agreeing to listen to members concerns about the Staff review.